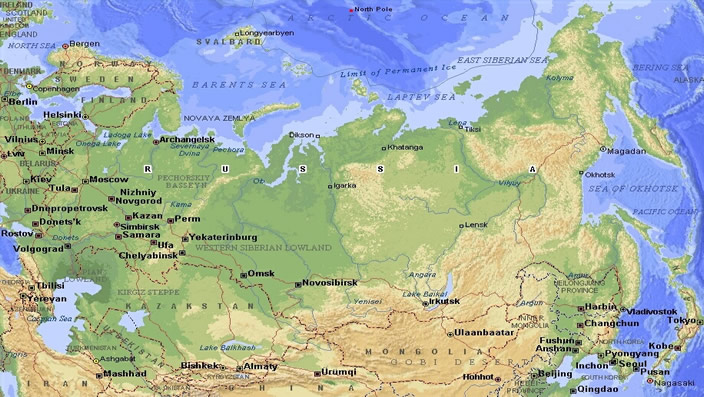 According to the data provided by the Federal State Statistics Service, the population of Russia as of January 1, 2015 was 146.3 million people. In terms of the population, the Russian Federation occupies the 9th place in the world. Two percent of the world's population live in Russia.

Russia is a multiethnic state. Over 160 nationalities live on its territory, the largest (80.9% of the population) being Russians. Russian is the official State language.
Orthodox Christianity is the predominant religion. Islamic, Catholic, Buddhist and other confessions are less widespread.

Russia is a democratic federal state with a republican form of government. The legislative body of the Russian Federation is the bicameral Federal Assembly (the Council of Federation and the State Duma). The Council of Federation consists of representatives of each federal entity. The deputies of the State Duma are elected for a term of 5 years from party lists by proportion of the votes that each party receives nationwide.

The Head of State is the President of the Russian Federation, who is also the Supreme Commander-in-Chief of the Armed Forces. The President is elected by citizens of Russia by direct secret ballot for a term of 6 years. Vladimir V.Putin was elected President on March 4, 2012.

A large part of the European territory of the country is occupied by the East European plain; in the south it is limited by the northern slopes of the Caucasus Mountains and has the Khibin Mountains to the Northwest. To the East of the Ural mountains lies the West Siberian plain surrounded by the mountains of South Siberia (Altay, Sayanas, Baikal mountains, etc.). Between the Yenisey and Lena rivers lies the Midsiberian plateau, between the Lena and the Pacific coast spread the mountains ridges and plateaus of North-East Asia.